The newly refurbished and extended courthouse contains some 6,000m² of accommodation, increased from the existing space of 1,100m². 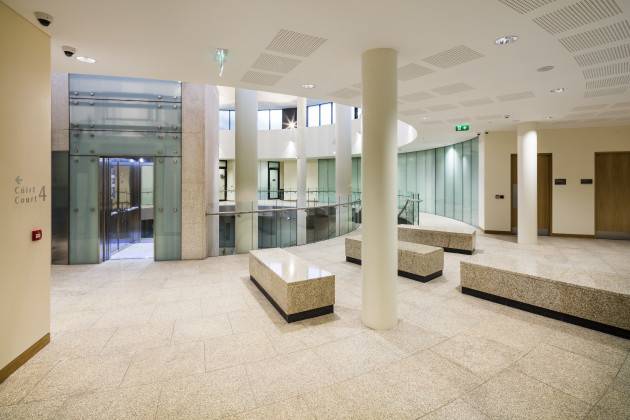 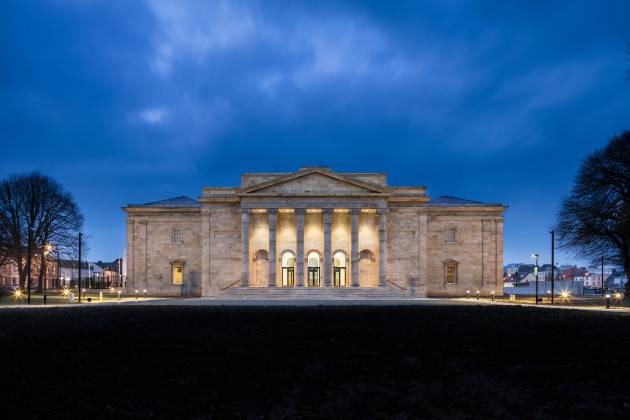 The project involved demolition of a vacant fire station and 1984 extension to the historic 1849 courthouse designed by JB Keane. The project included for the conservation of the parts of the original building which survived the 1984 works and the addition of a significant extension to the rear. The completed project accommodates 6 separate court rooms and all ancillary back up spaces.

There are now six double height courtrooms, increased from the two existing, and ancillary accommodation for judges and staff, including extensive office facilities. There are consultation rooms for practitioners and clients and a suite to provide a quiet, private and secure area for victims, families and vulnerable witnesses.

Internally, accommodation is organised around a central light-filled rotunda space – a 4-storey atrium rising to a zinc-clad clerestory drum.

Externally, a new granite-paved public plaza was created on Catherine Street on the site of the former fire station.

The project was shortlisted in the BIM Excellence Category of the Irish Construction Excellence Awards 2019.

Excavations carried out during the refurbishment project uncovered an early medieval graveyard in the area where the adjoining fire station had been located, and which appears to be associated with a 12th Century Augustinian Priory. 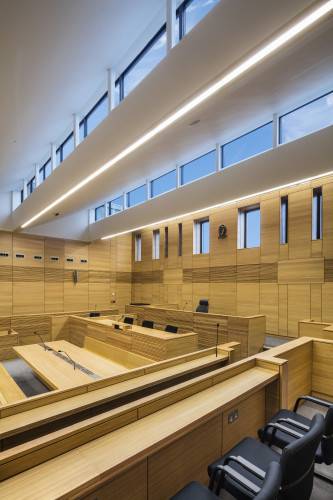 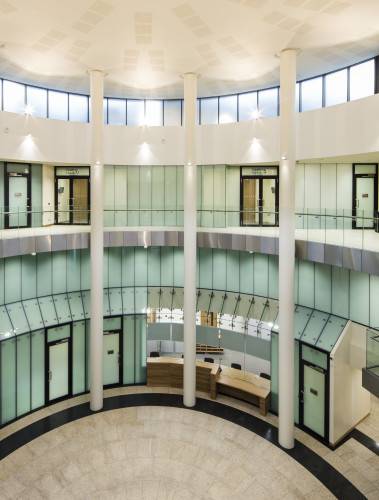 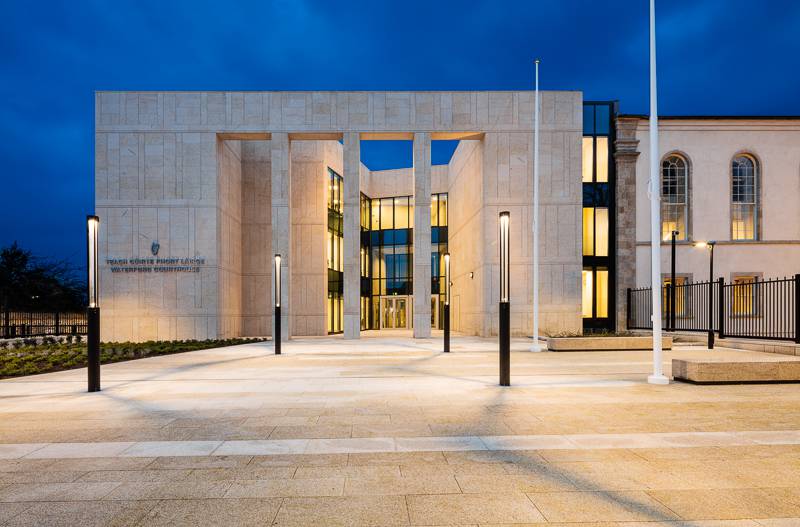 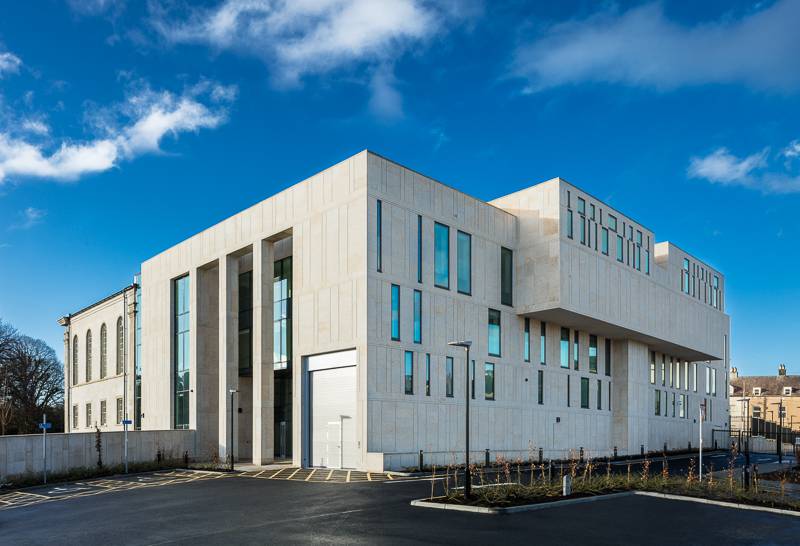 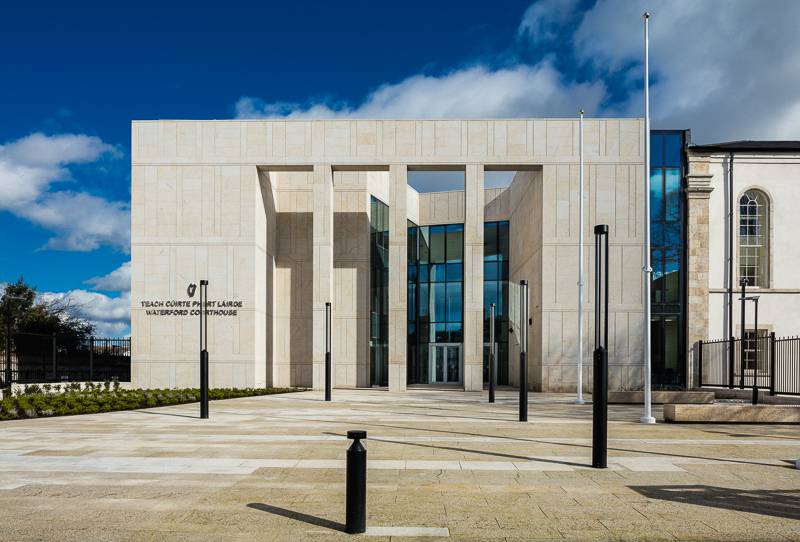 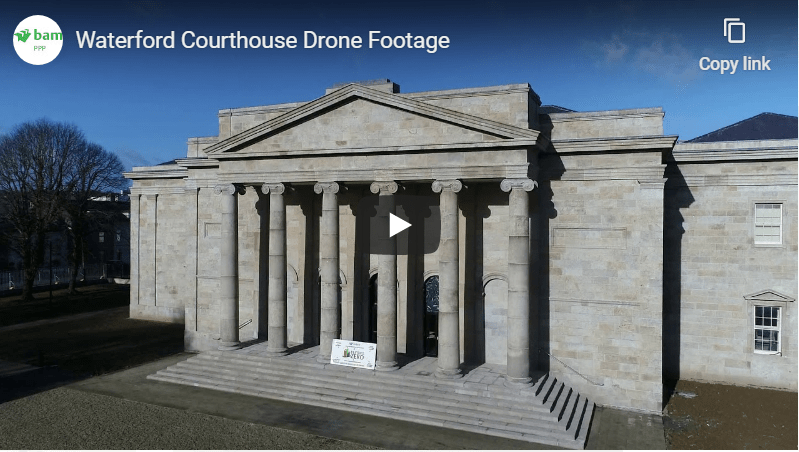