With a floor area of 3,527m², Mullingar Courthouse provides 3 modern courtrooms and a new public office and was constructed as part of a Public Private Partnership (PPP) bundle of seven courthouses in various locations nationwide. 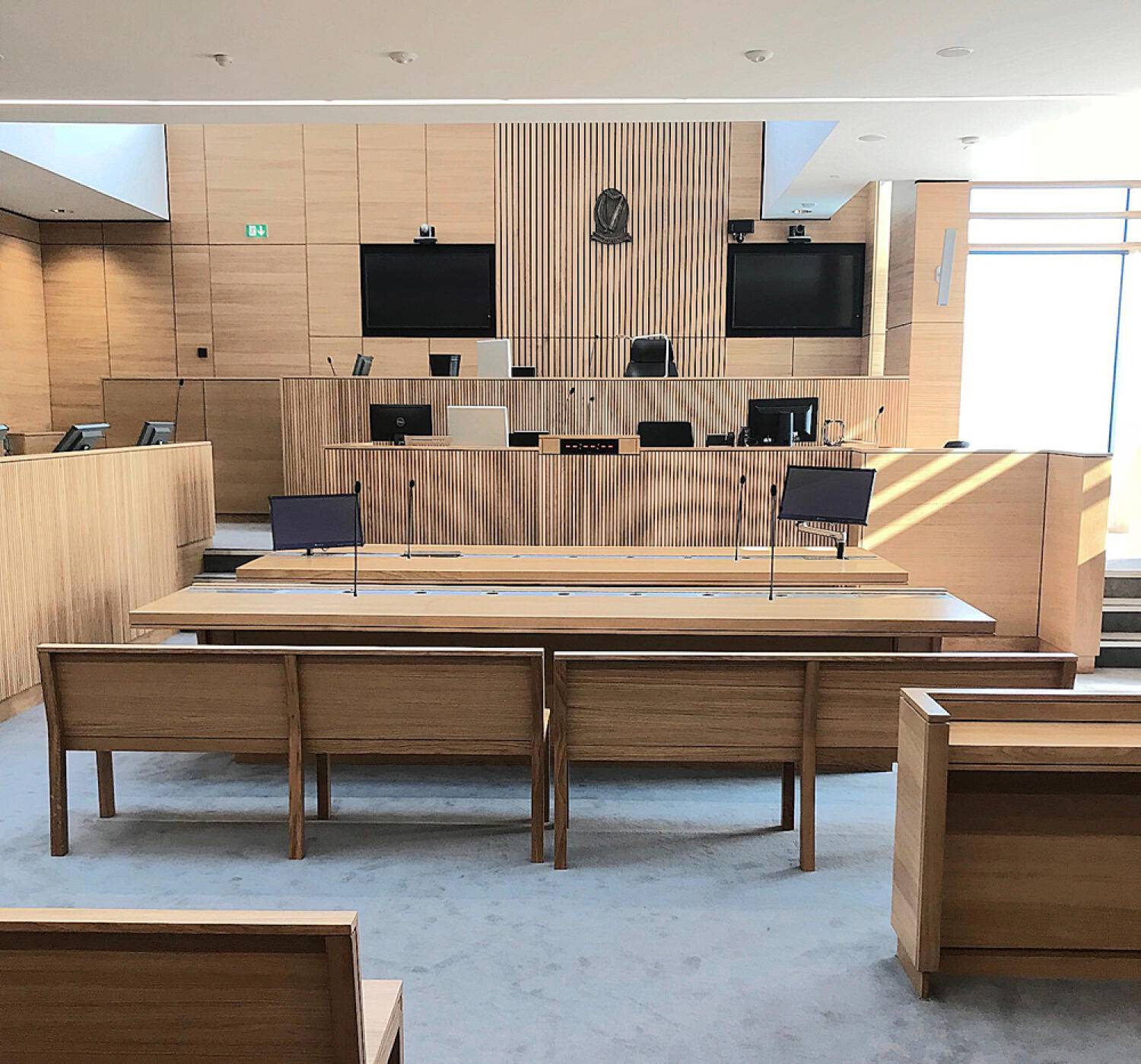 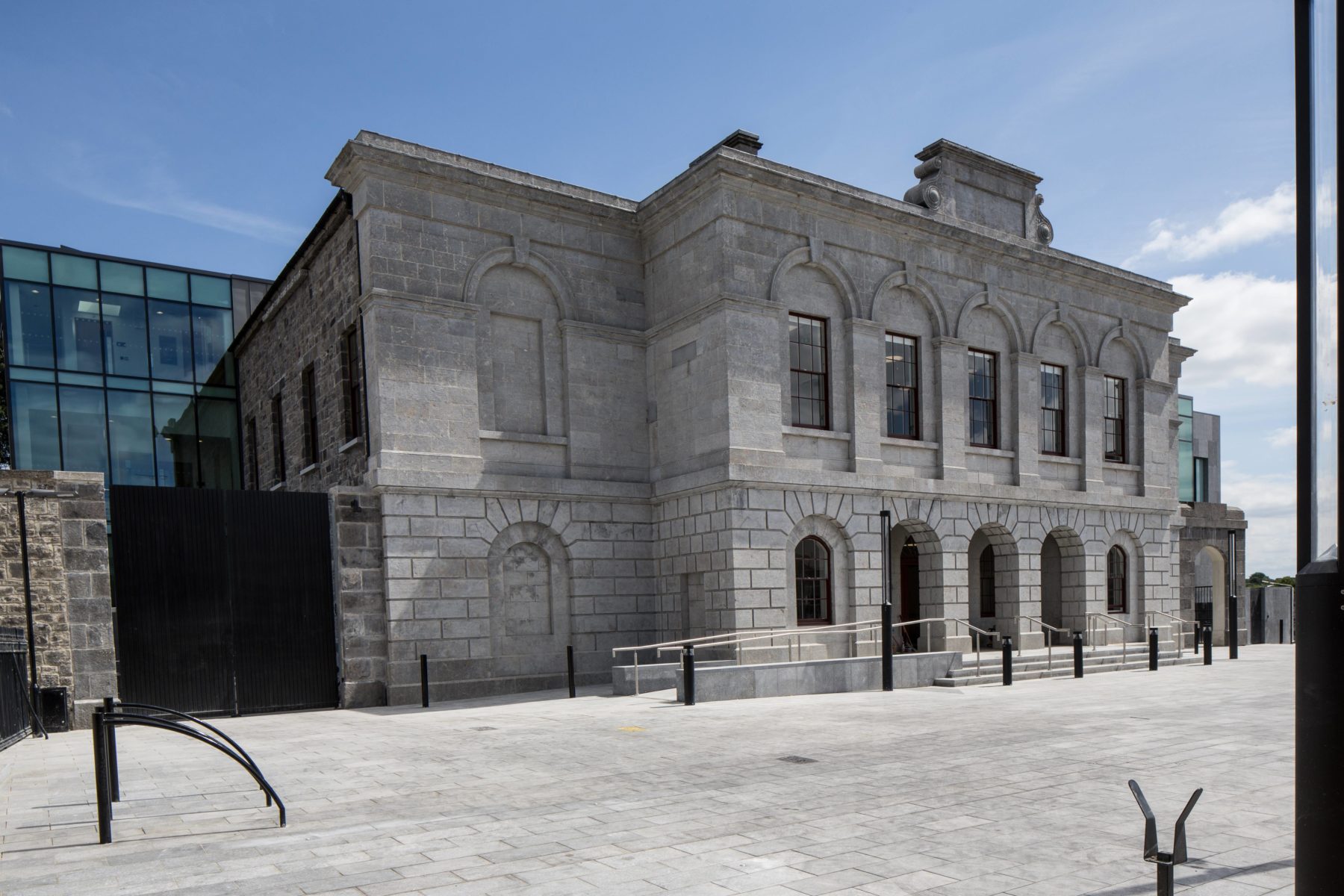 This project involved the sensitive restoration of the existing detached seven-bay two-storey courthouse, a Protected Structure built between c.1824 and c.1828, with a more recent extension to the side and rear.

The completed courthouse provides three modern courtrooms enabling Circuit and District Court sittings in civil, criminal and family law cases, improved custody facilities, court offices and associated facilities and will provide much improved facilities for all court users in Mullingar and it will also result in the restoration of an important heritage building for Mullingar.

All circulation routes within the building – public, staff/judiciary, custody and jury are fully accessible.

The existing building was monitored during construction to ensure that there was no damage due to vibration from construction processes.

One of the key interventions required to facilitate construction of the new courthouse was the removal of a very significant portion of a gable wall.

The cellular nature of the original masonry building was retained as far as possible. Where new floor plates are introduced into the building, these are supported on independent structure on new foundations. Structural connections between new and existing are designed to allow relative vertical movement of the two buildings while providing horizontal restraint and allow horizontal forces to be transmitted from old to new.

Prior to the creation of new openings, the walls of the building were consolidated by injection grouting using mortars that were chemically compatible with those used in the original construction. All cementitious mortars were raked out and replaced with lime mortar.

The historic main entrance cantilevered stone staircase was refurbished, and a new section to access the additional storey at roof level was introduced. A loss of rigidity, either in the wall or in treads may have lead to excessive movement between the treads. Stone cantilevered stairs are the exception to the traditional construction rule that everything must be flexible. Here everything must be rigid, and the treads must be tightly embedded since if there is excessive movement, particularly where the steps are built into the wall, the torsional forces will not be restrained. In Mullingar there had been a loss of rigidity through the previous creation of arched openings in the walls of the stair well.

The stairs were taken down and rebuilt without the structural steel supports which had been previously introduced to halt the deflection of the treads. 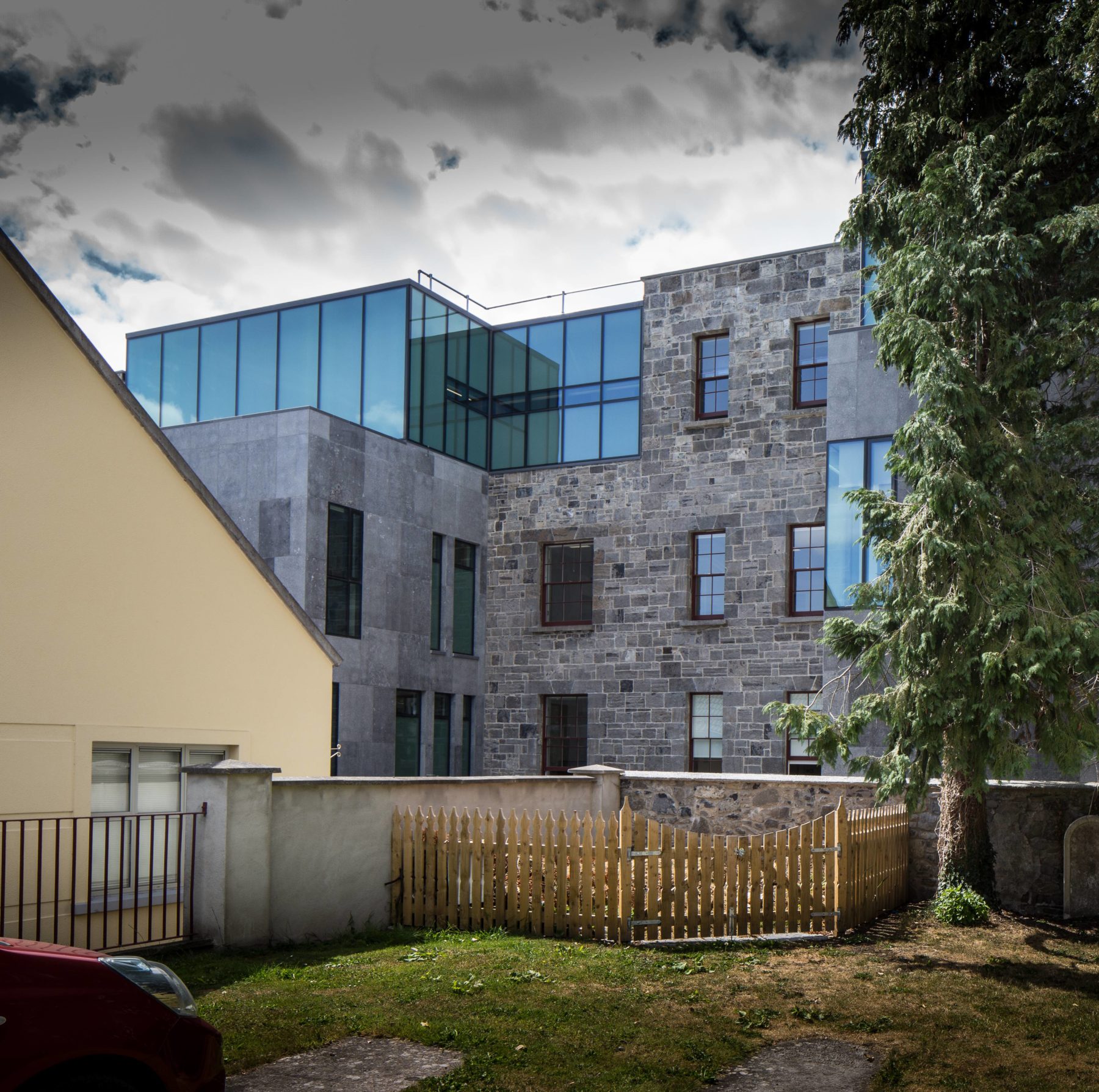 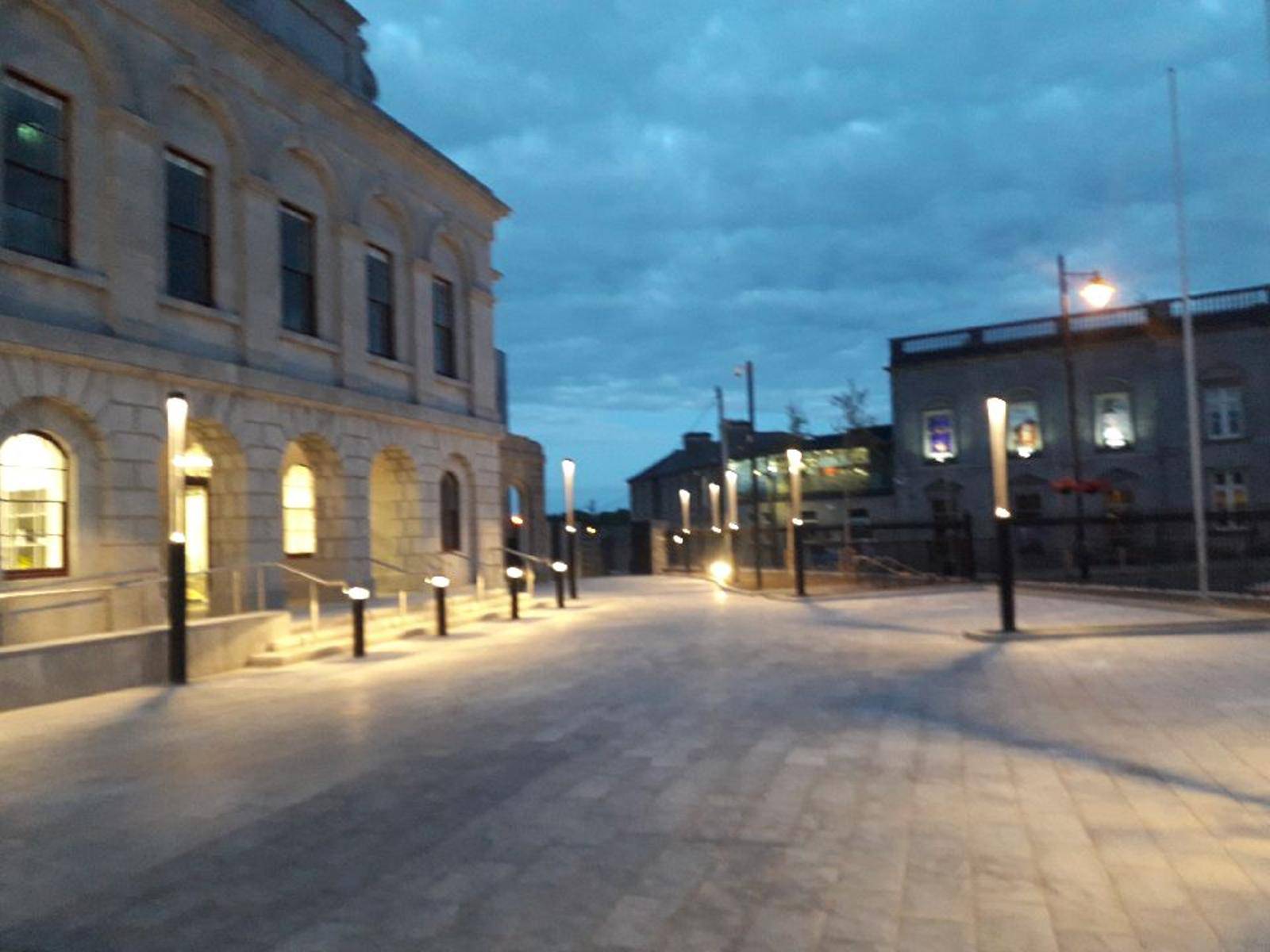 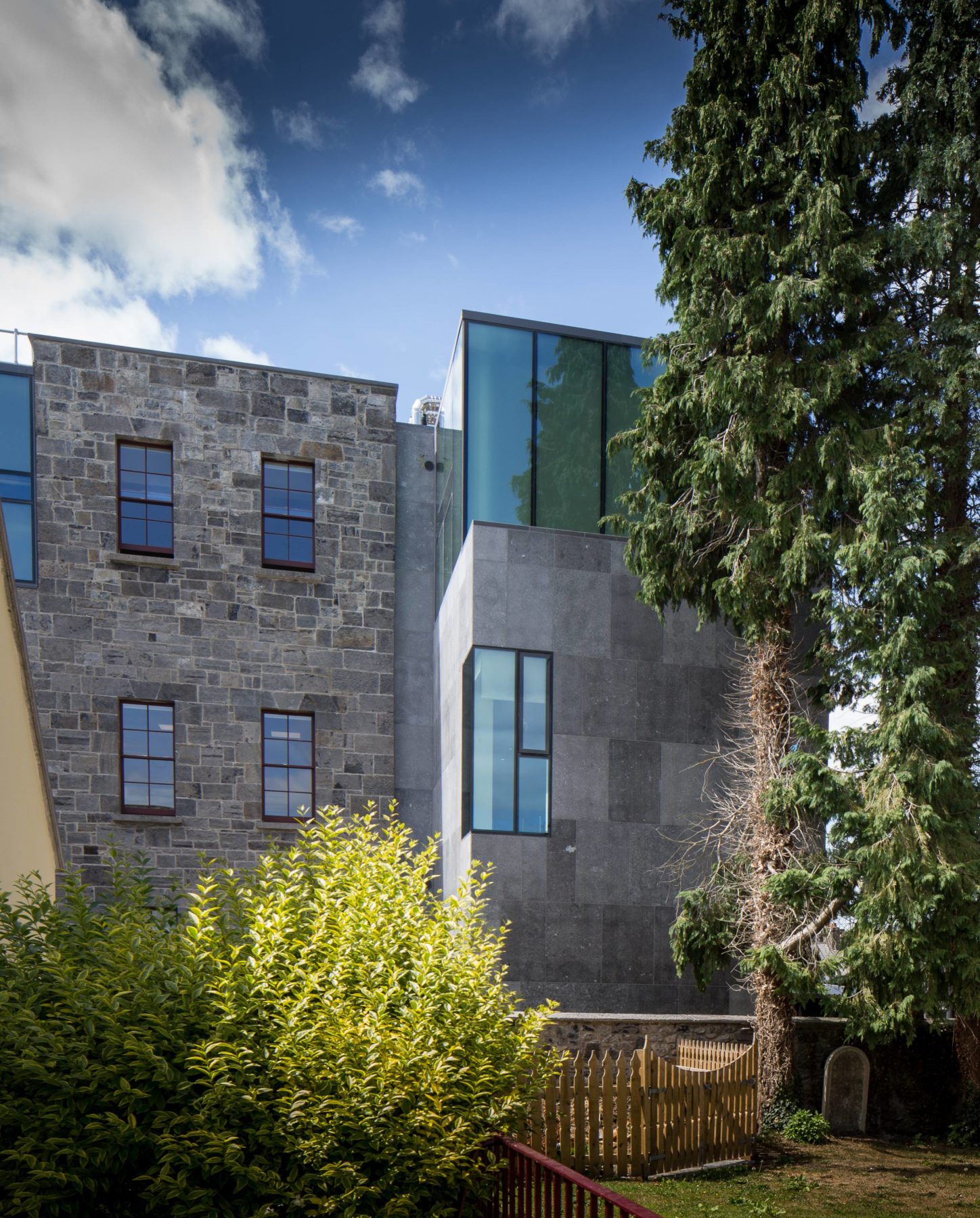 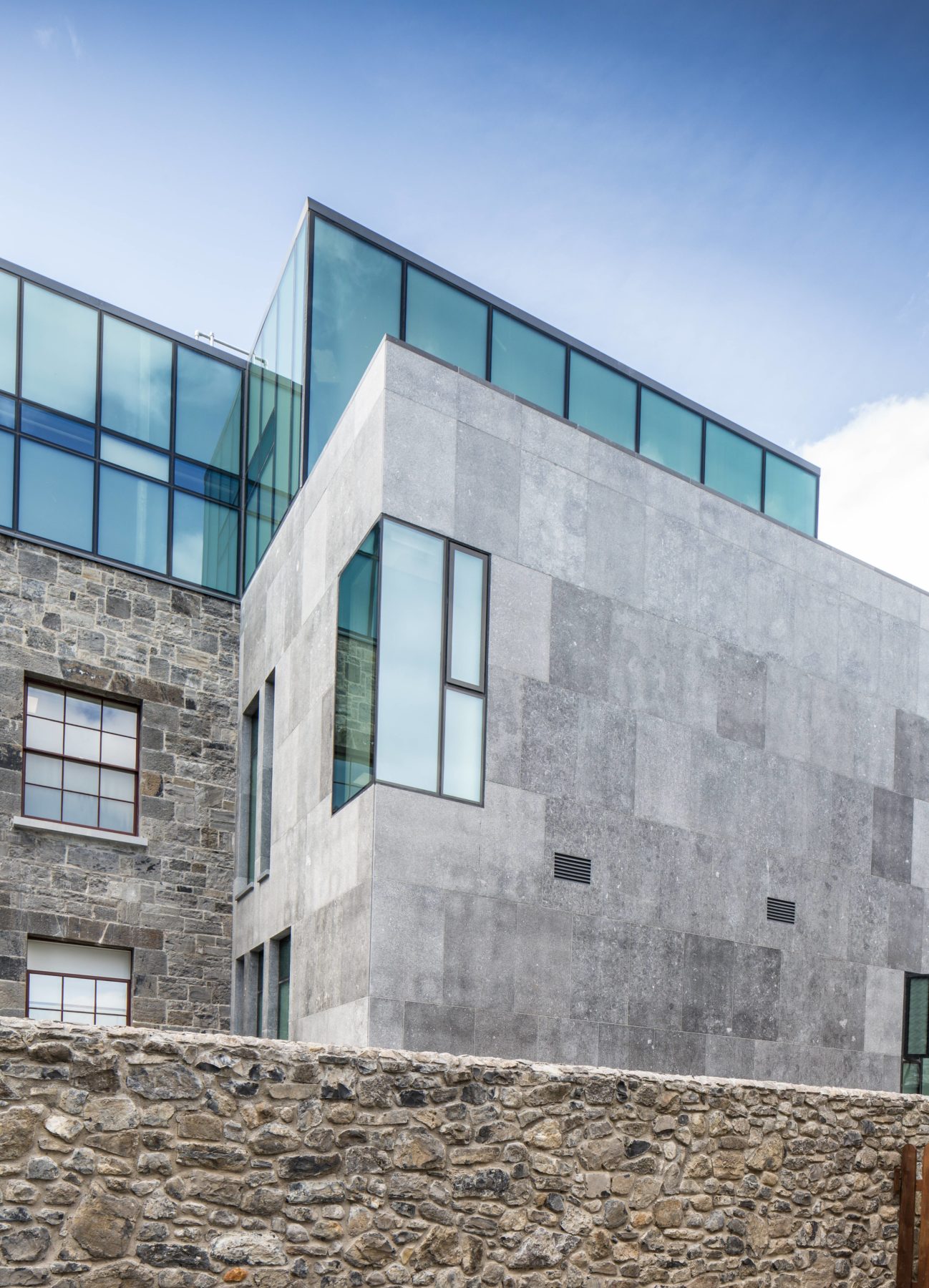 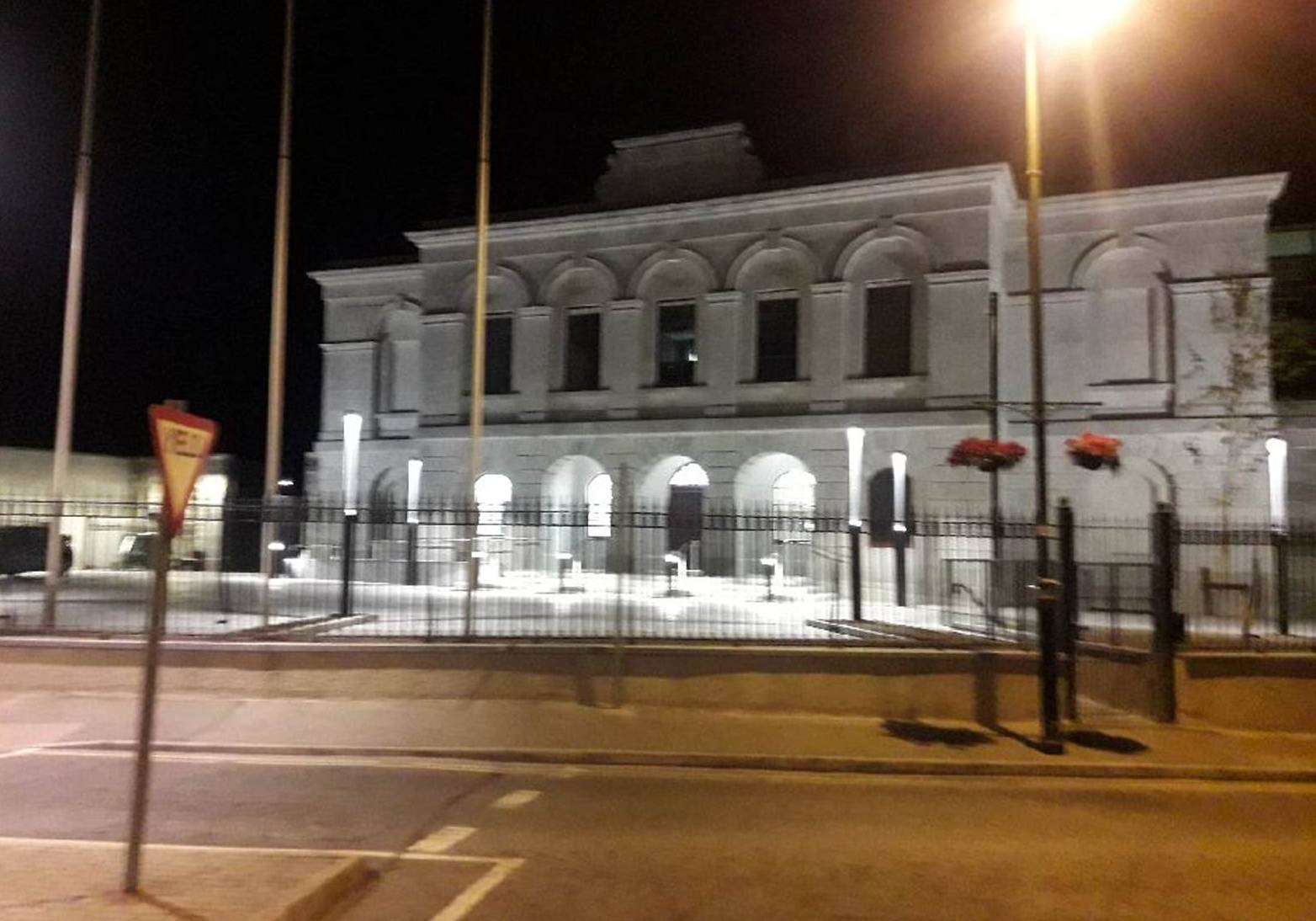