Until the early 1990's, the current expanse of estates and retail parks that form the suburb of Knocknacarra were green fields and farmland. Coláiste na Coiribe was first established in 1992 on the Tuam Road, with just 6 students. 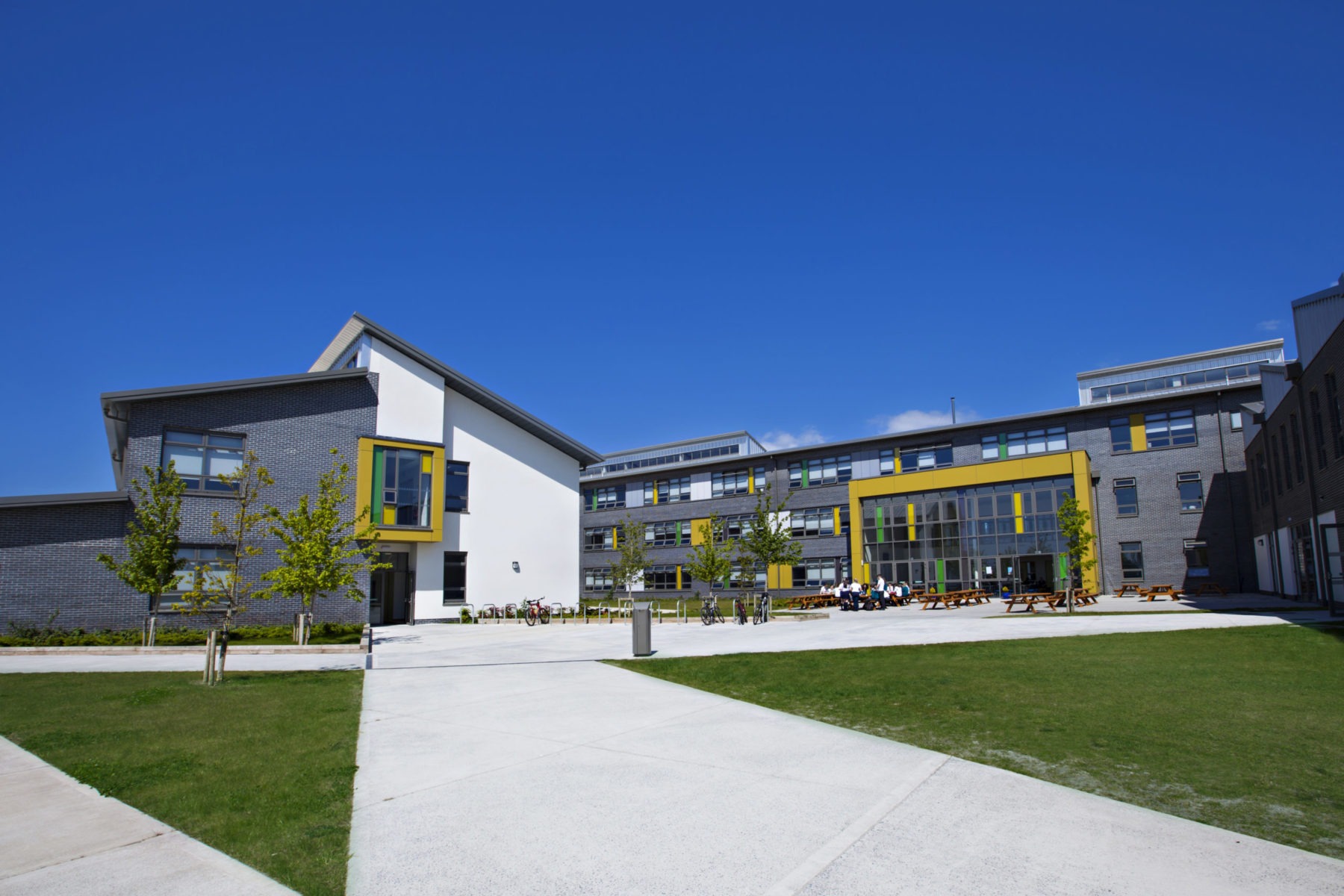 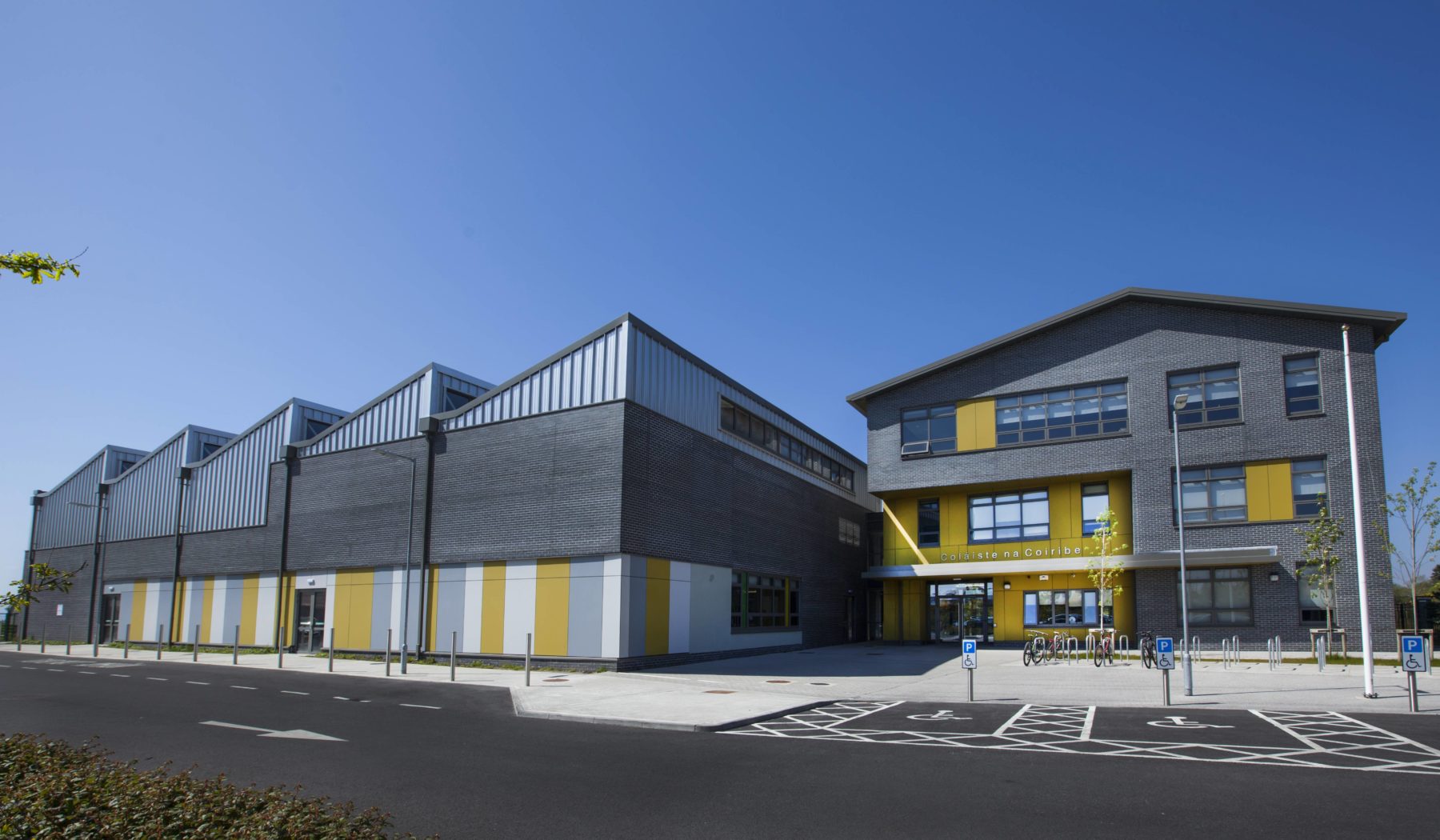 This project consists of a new Post Primary School development at Knocknacarra, Co. Galway. The development is approximately 7,400m² in area comprising of 3-storey and part 2-storey teaching blocks, a sports hall, workshops and classrooms together with a new grass playing pitch located to the West of the new building.

When at its capacity of 720 pupils, Coláiste na Coiribe will be Ireland’s largest Gaelcholáiste.

The school site is accessed from a new access roadway and junction located off Ballymoneen Road, with provision of cycle tracks, footpaths, street lighting and associated landscaping along the length of the roadway all included in the project.

A new pedestrian-only link was formed with the adjoining Fana Burca residential estate to the south of the site.

Health and safety of members of the public was a major concern as a public right of way existed over a section of the school site and as such certain areas could not be fenced off.

The subsoil and bedrock profile which was encountered during the school construction presented significant challenges. On the one hand, rock outcrops were visible on a number of areas of the site while on the other hand, the level of the bedrock could be 6-8m below ground level with peat filled crevices between the outcrop and the bedrock which had not appeared on the geotechnical investigations. 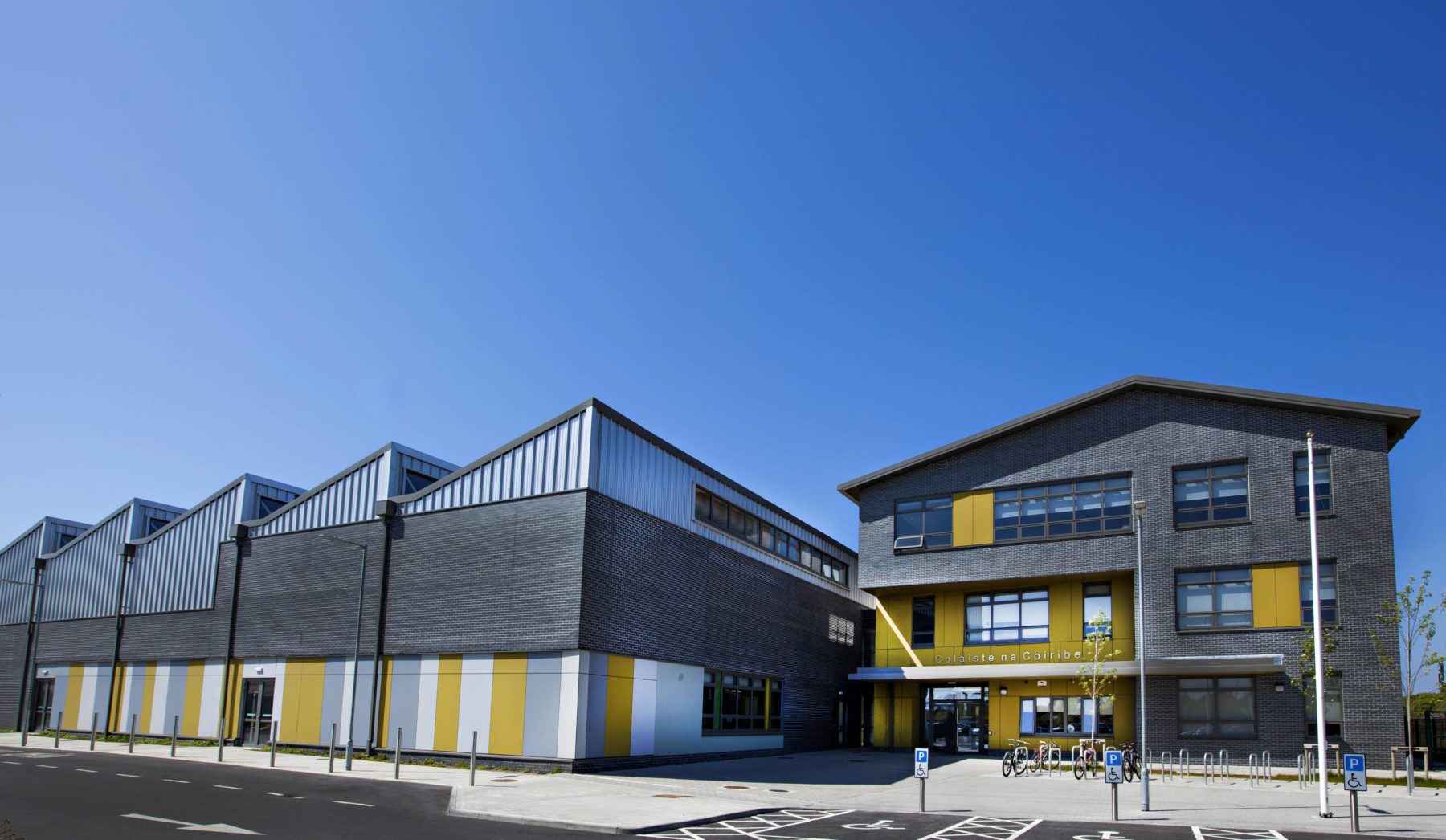 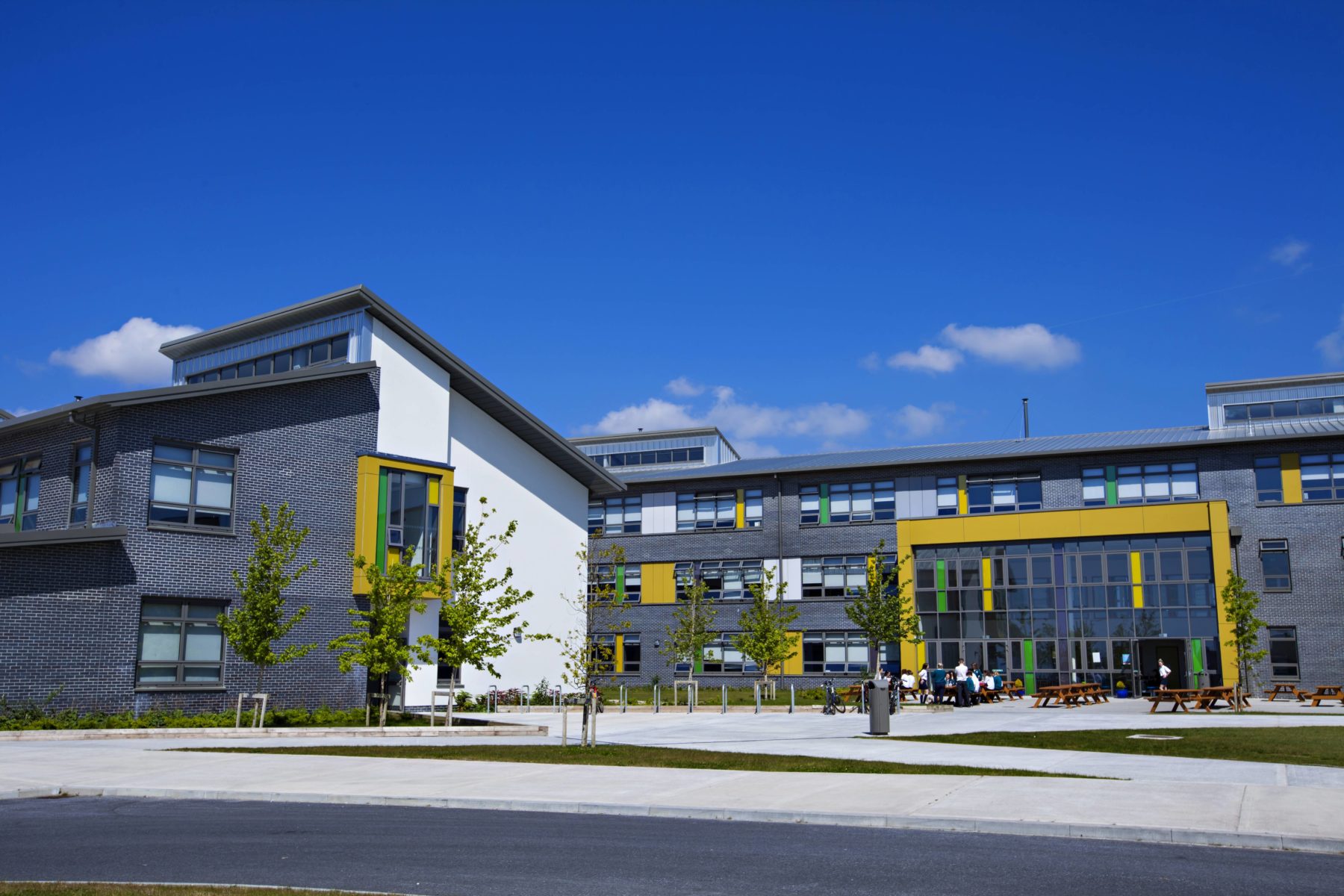 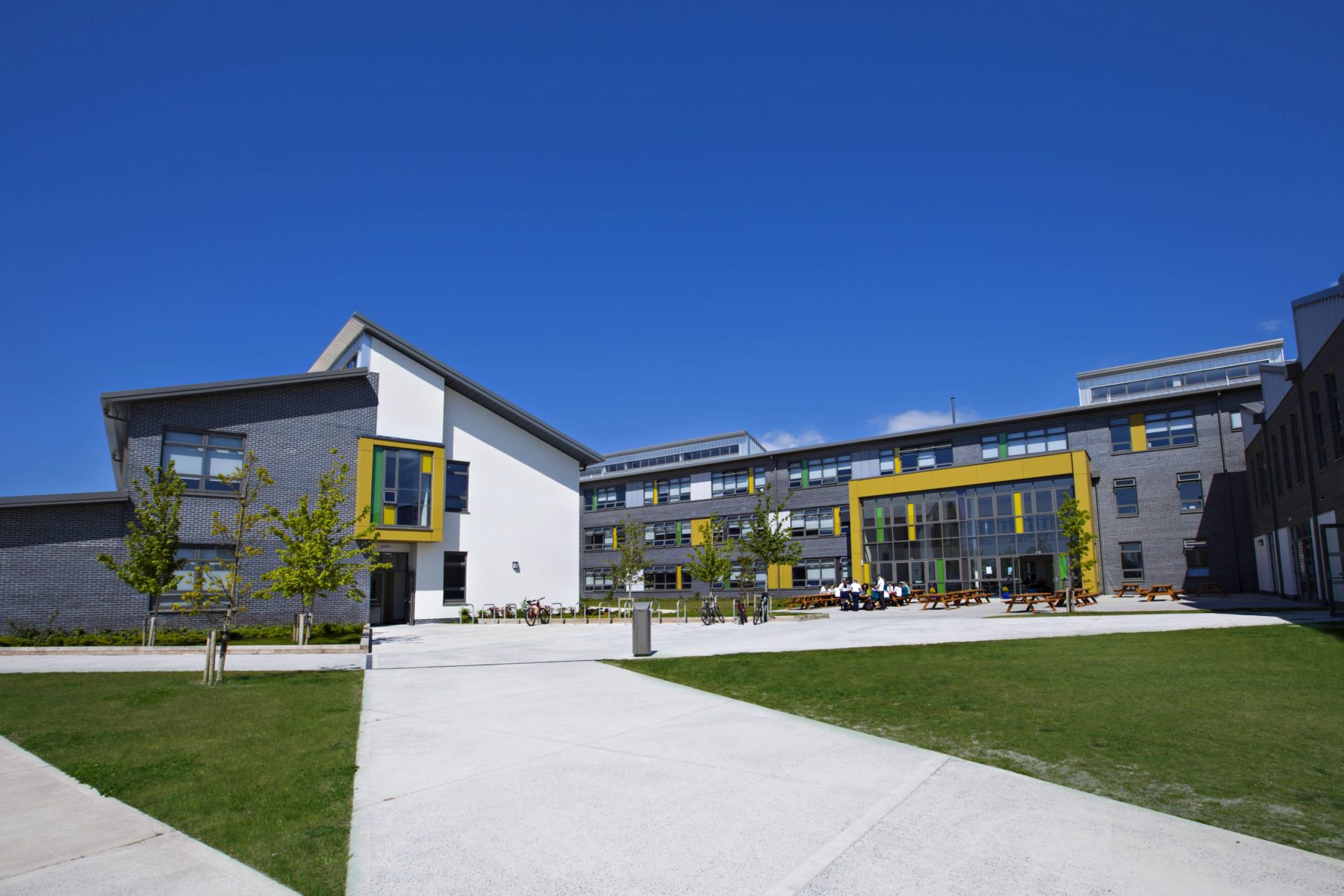