The Central Access Scheme consists of an urban street approximately 700 metres in length, which will link St. Canice's Place in Kilkenny City to the Castlecomer Road on the east of the City and incorporates a bridge crossing the River Nore. 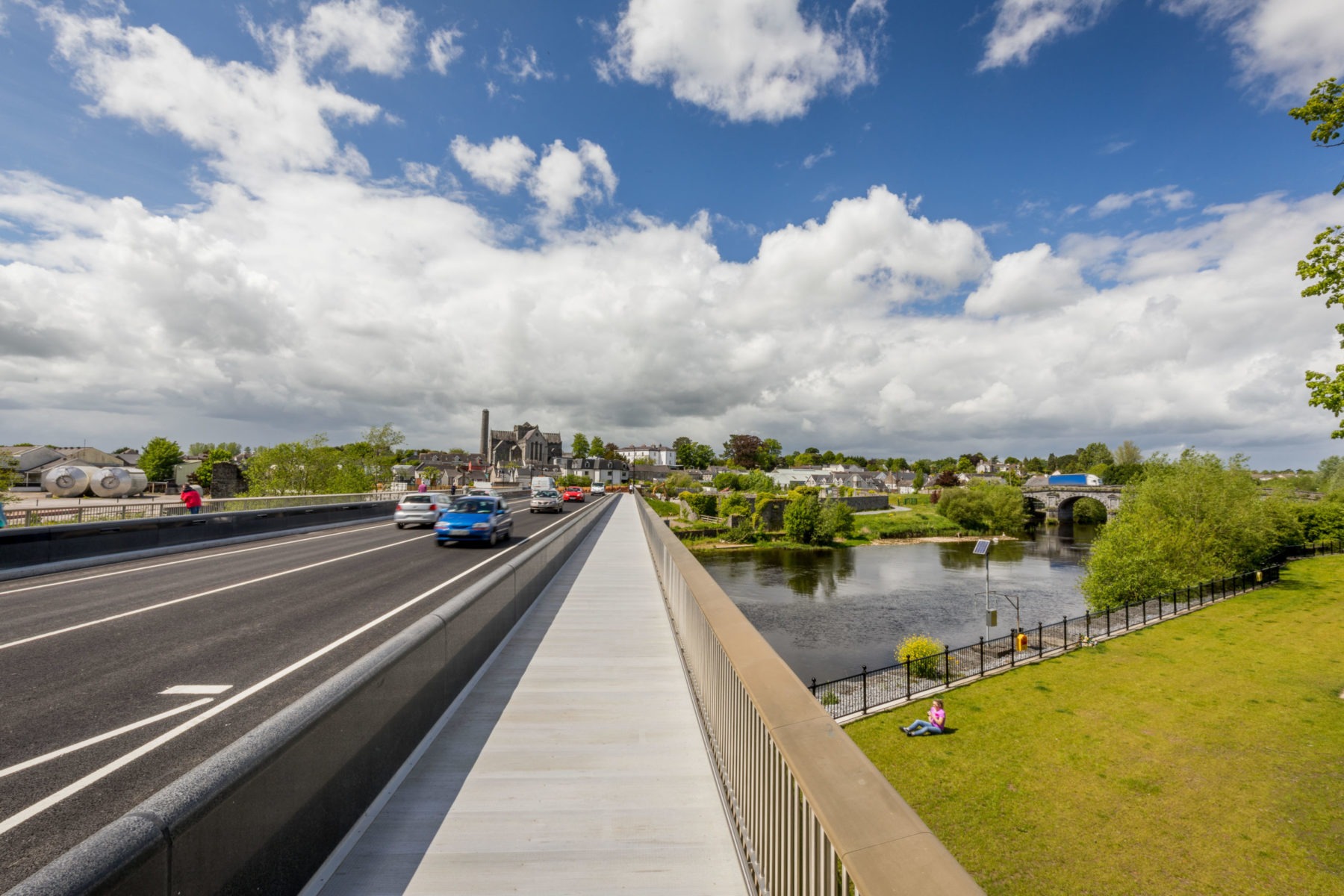 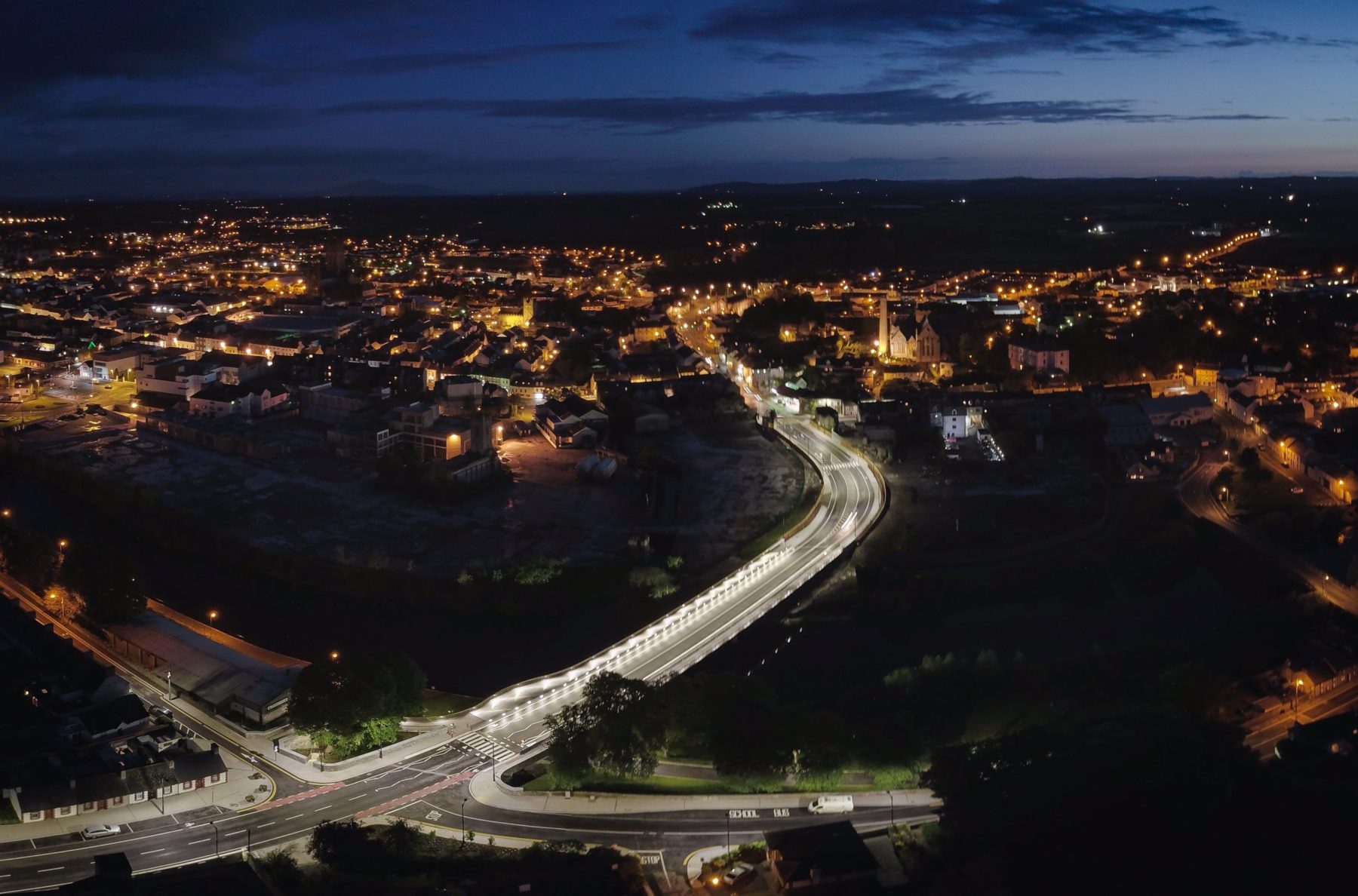 The Scheme facilitates the commercial, residential, educational, cultural and recreational development of the City of Kilkenny. The scheme also includes provision for new and improved pedestrian and cycle linkages and will facilitate a modal transport shift in the
historic City centre. The street accommodates two lanes 3.5m wide for traffic in either direction and two parallel cycle lanes 1.5m wide at road level. Footways are provided on both sides of the street. In general, these footways are 2m wide and raised behind the roadside kerbs. On the River Nore Bridge, the footways have been increased to 3m. The bridge also supports a further widened observation platform above the riverbank on the southeast side of the crossing.

The bridge was constructed in the centre of the Medieval City of Kilkenny and there were numerous potential sites of archaeological significance in the vicinity of the route. A complex route selection was undertaken along with extensive archaeological testing and
investigations to determine a route which traverses mainly derelict industrial sites and avoid where possible known areas of archaeology. Given the sensitive location the bridge is specifically designed to be unobtrusive and indeed when viewed from the focal point of St. John’s bridge the bridge barely features on the horizon, a significant achievement. 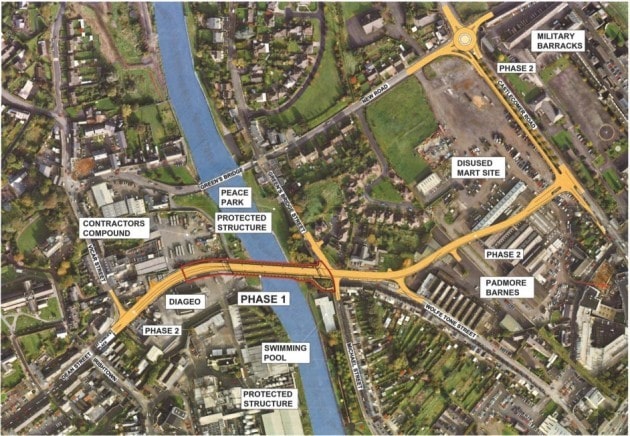 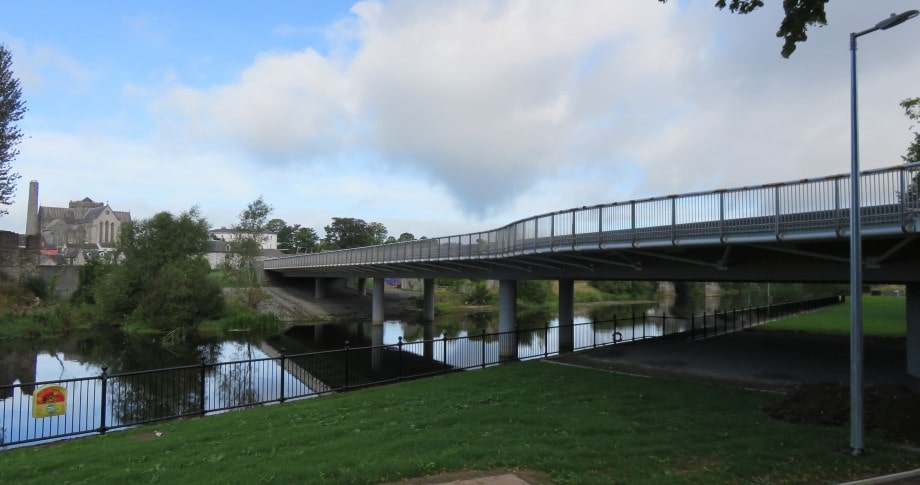 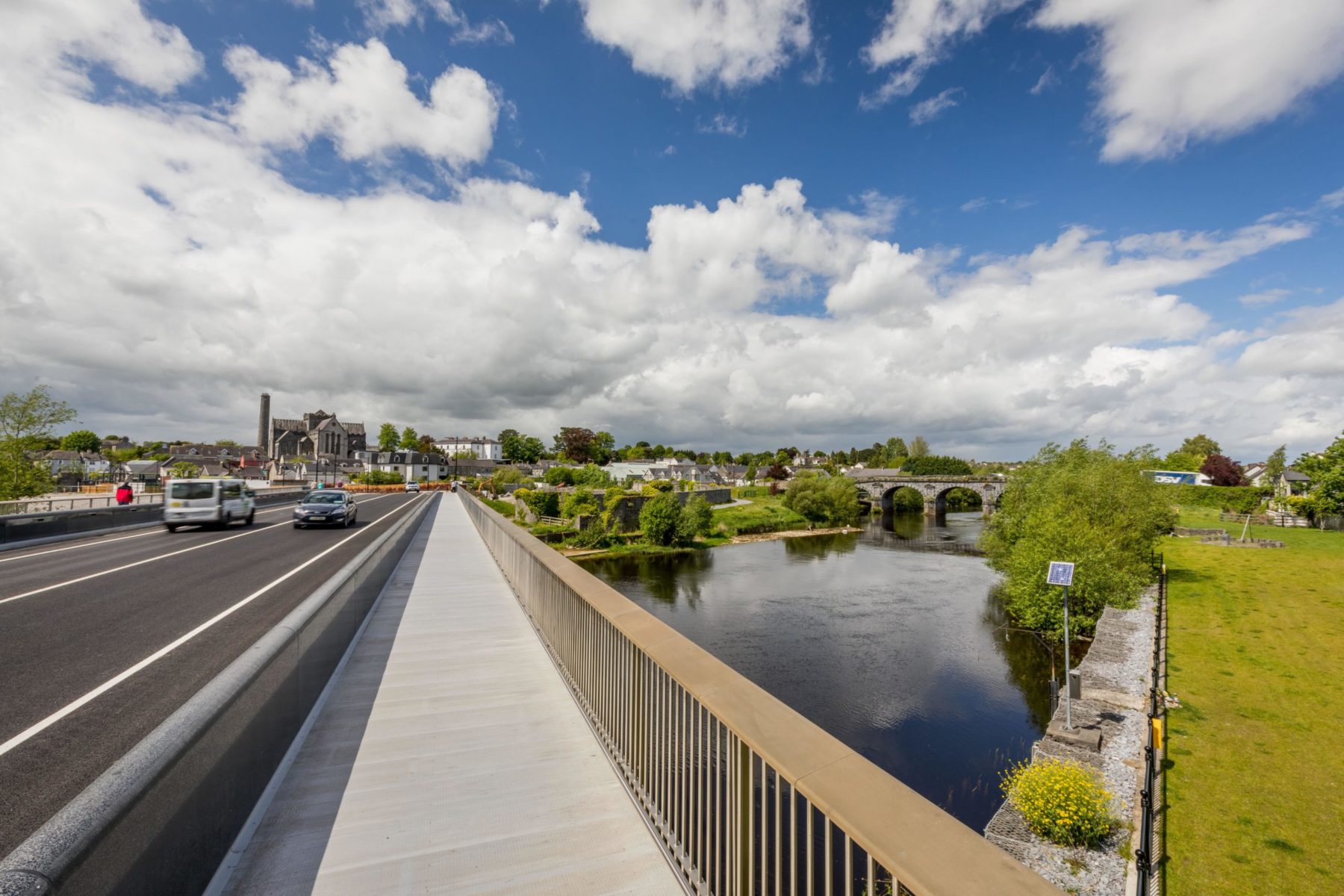 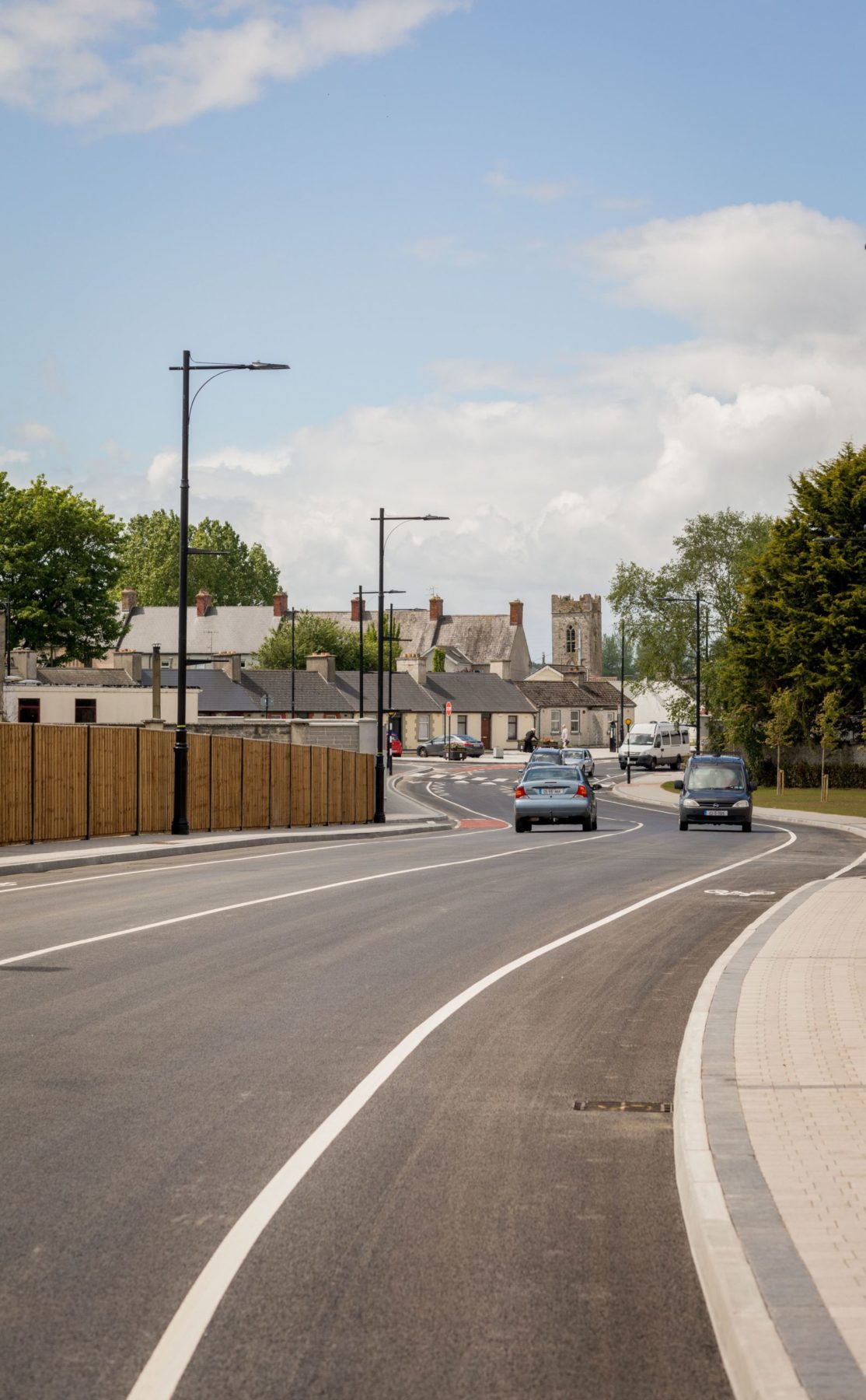 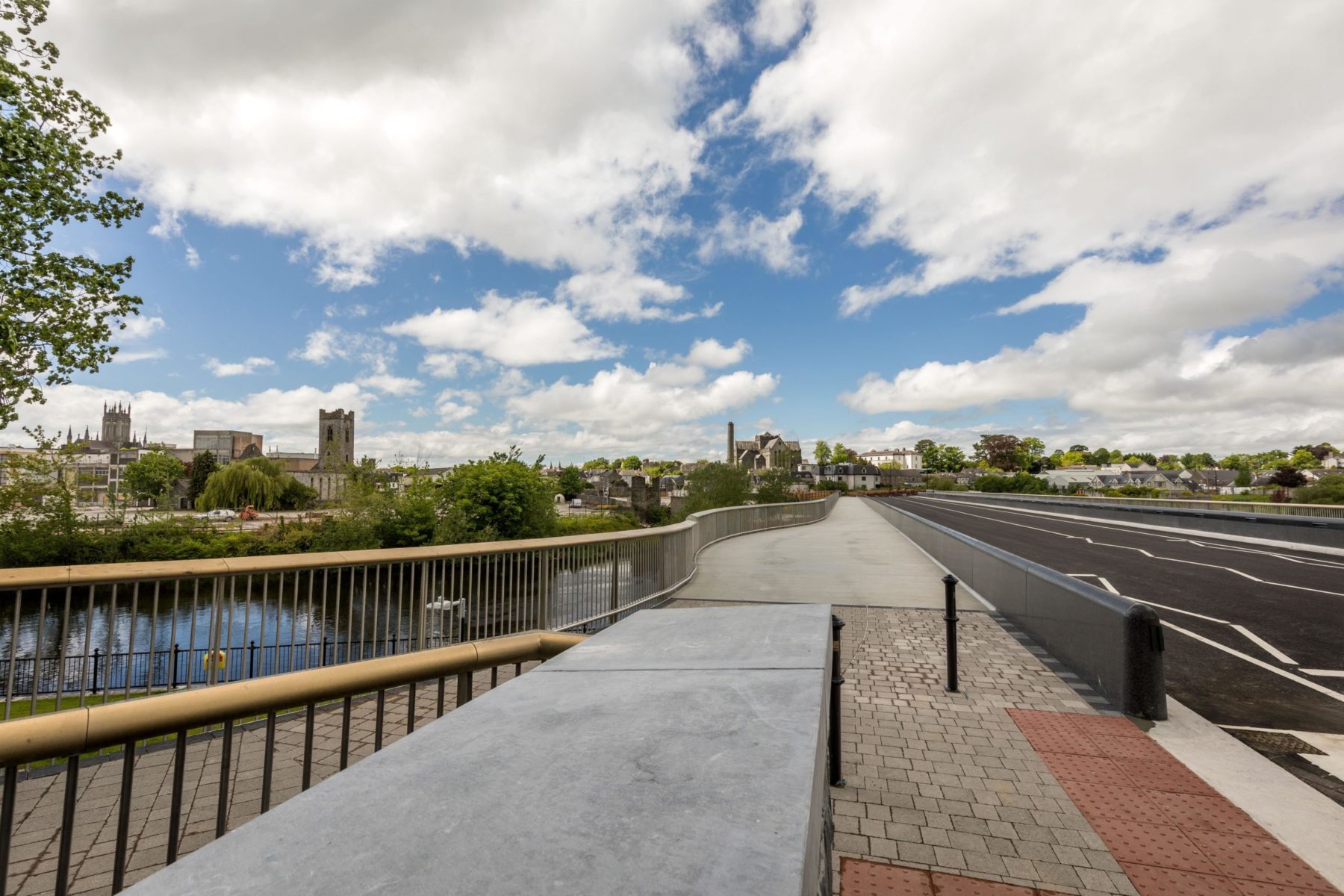 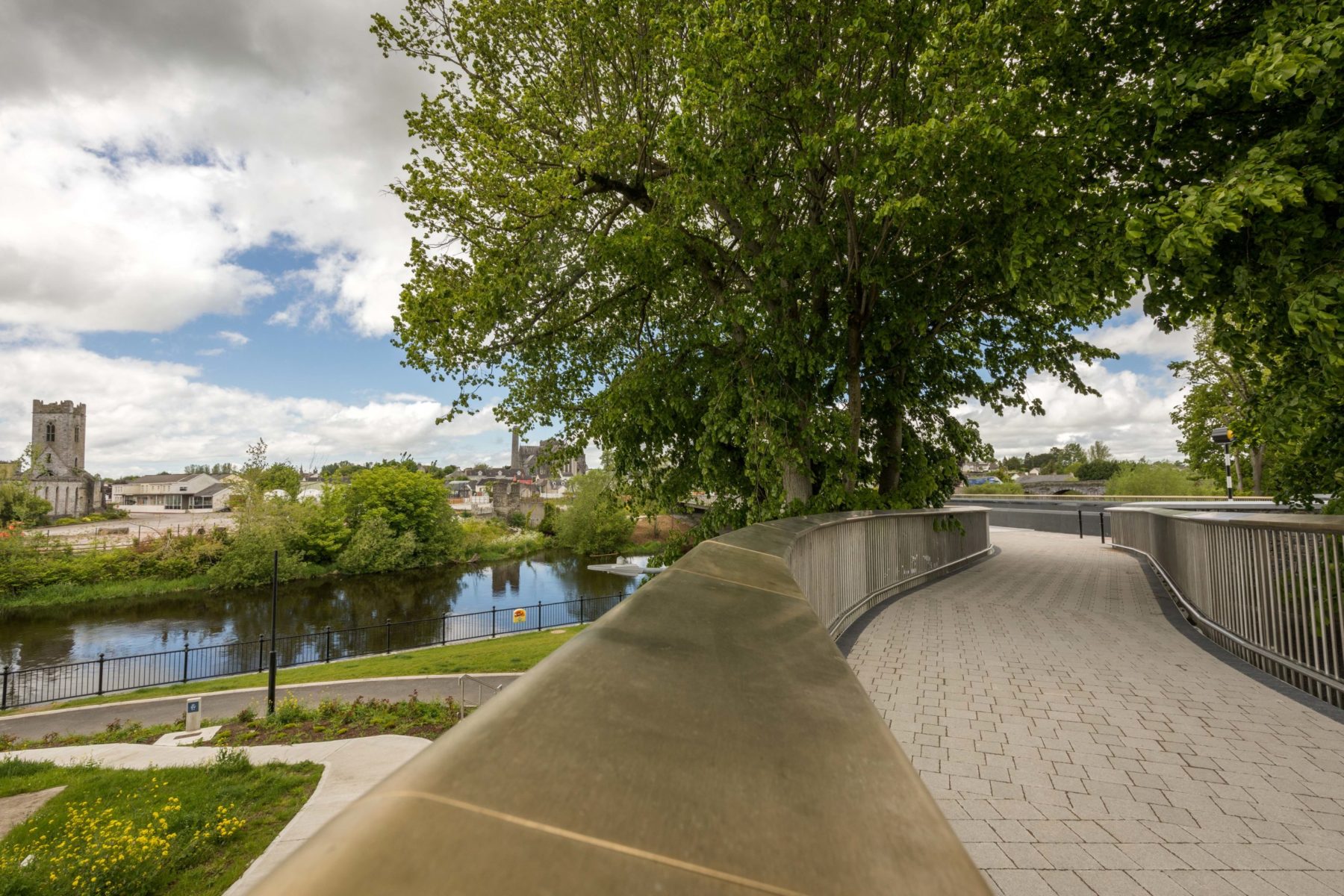 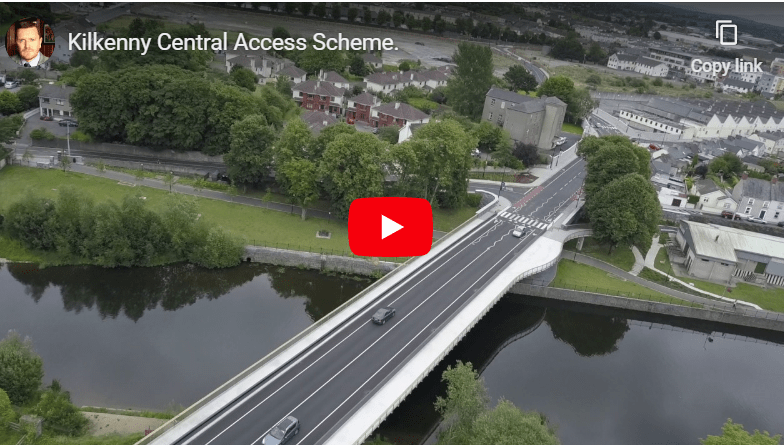